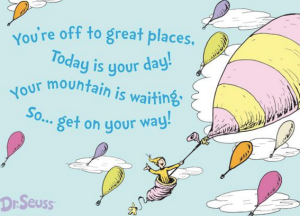 Let’s just start off by stating the obvious. We know that I am NOT in any of the places I anticipated (read: agonized about, planned, journaled, dreamed, obsessed over and tried to control, ahem). I mean, I live in the South (and love it). I have boys. All boys, even the pets. I got married and am now legally separated. I self checked the girls over and over and over and OOPS the tiny cancer was in my NECK (rude, I know). It’s almost like we don’t actually get to control our lives? Like some other force might be at work? Well holy shit.

It became painfully obvious this week, as I sat alone on a bench in the Berkeley County Courthouse that WOW do I not get to write my own ending. But WOW do I also get to have a ton of input on how I approach the getting there part. I get to actually stand up, raise my right hand and swear to tell the truth. To be wholehearted. To be authentic. To love freely and fully. I mean, I wanted to be like “Judge, how much truth are we swearing to right now? Like do you want to know my truthiest bits? Do you want to know what I am excited about? Afraid of? Secretly hoping will happen? About the time I realized that I might just have to make a really hard choice to survive?” Turns out, he just wanted to know the details pertaining to the reams of paperwork in front of him. But I was ready. Just in case.

I was faced with a strange curve-ball moment at a recent doctor appointment when the unsuspecting and kind nurse asked about my “emergency contact.” I was floored. Frozen. Like holy SHIT nobody told me there’d be THESE moments where like I have to tell all the strangers that NOPE, my story is not in fact unfolding as I thought and yes, please take that name off and add my DAD. Good grief.

I have this recurring dream that recently came back to me with such immaculate, vivid clarity about a giant, sprawling house with areas that my family and I just simply didn’t go into. Entire sections of the home that I kept forgetting existed or didn’t want to go into for whatever reason (ahem). One was very old and dreary, but comfortably antique-ish with a huge sweeping staircase and a chandelier covered in a dust cloth, like they do in movies. And the other area was like a bachelor pad in 1972 Miami with hot tubs and gleaming white everything. I never did get a good glimpse of where we ACTUALLY lived, but I knew these “other” areas were off limits and we just kept them shut. SHUT. The meaning is now painfully clear to me and I haven’t had that dream in a while, but at the time, when it was so ever-present, I kept thinking “well that’s strange, who would forget a part of their home even existed?!” Or a part of herself, maybe?

Sweet friends, trust me when I say you will find yourself in many, many places you never thought you’d go. That could be a far reaching actual corner of the earth, or a far reaching dark, soft, jagged corner of your own mind and heart. Each equally foreign, but divinely created so your strange little heart can continue to become who she was truly meant to be. Don’t be afraid to walk into those spaces. Don’t be afraid to stop ignoring the rooms you simply don’t go into. Walk forward. I’ll hold your hand.

“Tell me, what is it you plan to do with your one wild and precious life?” ― Mary Oliver

gratitude and a sense of humor.

This WordPress.com site is the bee's knees

We've all got a story to tell.