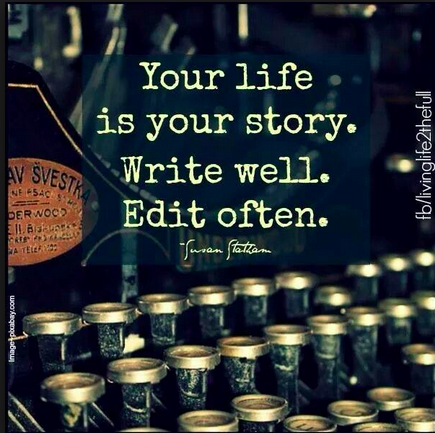 First, thank you to so many of you who chose to spend some time here reading– and hopefully feeling lifted, supported, not alone, or at least amused by my musings– over the past several days. Welcome!

Unfortunately the news of the cheating site hack has not ended and there are lawsuits and even loss of life, attributed to this leak of information. And these are just the BIG, LOUD stories being reported; not the millions of other little, catastrophic heartbreaks reverberating around the world. It’s bad, people. As someone who’s several months out from her own personal not-so-great-news event, this scandal has me thinking.

Well, let’s be real, I am always thinking. Likely too much for my own good. It’s a loud, crazy, fun, mess up in this head of mine– you should peek in. Wearing sunglasses. And a helmet made of glitter glue or unicorn feathers.

Right. So. How did I (feminist, humanist, successful, strong, smart, with a solid community and mostly good self-esteem) end up where I am?

I started to think back on other relationships. And early ones. Like the ones I had with Ariel, Belle and Cinderella. According to my early Disney education, if I was perfectly pure, willing to give up my voice, frozen in a prone position, and/or could communicate with animals I was absolutely guaranteed a Prince. Who would love me from minute 3 of knowing me, kiss me on minute 5 and marry me on minute 22. Unhappy endings were just not a thing, even with the untimely death of at least one parent or a devastating forest fire. So when I played dress up, house, and Barbies there was always a swooning Mommy (me) and a male counterpart (Ken, GI Joe or my BFF Becky whose turn it was to be the boy) ready to ride on in and rescue me/serenade me from below a balcony while I wore sparkly shoes and a Rainbow Brite wig. True love seemed like low hanging fruit if you just did the right things.

As I grew a little older, the “right things” came out of the instruction manuals known as Anne of Green Gables, The Babysitters Club, Teen Bop, Sassy and Seventeen. And I was a good study. I was quirky but not too weird, I laughed at all of their stupid jokes (be funny and open so he’ll notice you!), I stayed pen-pals long after camp ended trying to decode each letter that came back to me (was that a heart shaped bubble on top of the “i” squeeee!), I drank illicit beers and watched movies I hated, even though beer made me nauseous and I wasn’t entirely down with their sticky, gropey hands and weird pokey tongues. I created ALL OF THE SCENES that the instruction manuals told me to write so that I would be just right for them. No one ever told me how to know if they were right for ME.

Eventually, Disney and Seventeen turned into Buffy, 90210, Allie McBeal and Sex and the City. Again the rules told me that if I was just goofy, weird, stylish-but-not-trying-too-hard and skinny enough, true love, or at least an awesome heart crushing romance would ensue– cause the hot vampire/furniture maker/Brandon Walsh would certainly fall for you. Except Carrie cheated on Aiden with Mr. Big and Dylan Walsh was absolutely the hottest guy on 90210. Which brings me to the next phase of life: “TOO NICE” became a reason to dump men. In my head, I was so rooting for Aiden cause really Carrie, really? But in actuality, I saw Big in so many of the men I loved fiercely in my 20s. I started to eschew the princes of my childhood, who though vapid were likely well-meaning, and instead look for the intense, dark stranger who needed ME to save him in some way. It was an interesting turn of events. And one that led to many a dramatic, swirling, bathroom floor level, heart break.

And then the Biggest Big, the deepest, darkest one of all– said yes when I talked about forever. We know how that story ends.

What I’ve finally come to understand today is that those sweet but kinda mean, broken, sad intense men were all just who they said they were. There were not layers to uncover. They were not onions. They were just actually not that into me. But they WERE into the devotion I showed them. And the doing of their laundry or paying for dinner, cause that was cool too.

And the instruction manuals– good God they’re mostly the same today! So as the Mom of small boys, do I tell them to be the Prince? The Mr. Big? Where are their role models? And I certainly don’t want them learning that true love means giving anyone’s voice to the sea witch in return for a pair of legs.

Side note: as someone thinking about dipping her toes into the pool of the dating scene in her mid-thirties (gasp), I have to say, Aiden, Brandon Walsh and Gilbert Blythe are really looking good right about now. Nice is hot. I suppose that is a story yet to be written…

Overall, I want us as a culture to really look at our icons. Who are we lifting up? And how did we allow ourselves to get here? How did a website built to create extra-marital affairs become a booming business? And how did so many of us fail to learn that the Prince would not ever actually ride up on a horse and carry us away?

I am left with more questions than answers, but as I trace my path and realize how very easily molded I was in the past, my prayer is that I can break out of that. That I can stop listening to the noise all around me, telling women that we need to be skinnier, hotter in bed, but 100% sure of ourselves and demand that raise while serving a fresh organic EASY meal each night.

Mostly, that I can realize that kindness, values and trust are paramount. And that I get to write this story. The instruction manual is blank. I. Get. To. Write. It.

“Tell me, what is it you plan to do with your one wild and precious life?” ― Mary Oliver

living with gratitude and a sense of humor.

This WordPress.com site is the bee's knees

We've all got a story to tell.